The switch to remote-only and hybrid has unlocked so much potential for the world and our companies: we can hire the best, people can live where they want, and we can form teams based on skills and interest instead of location. But, this has also fundamentally changed how we build high-trust and high-performing teams: so much of what “came for free” in-person now requires a completely new level of intention and awareness from our teams, and especially from our people- and technical- leaders. Let’s unpack this together.

Reflecting on my own journey as a leader at Shopify as we navigated the rocky world of transitioning to be digital-only (and all the added weight and challenge of COVID on top of it), I share three key elements of what has made digital and hybrid a win for Shopify in building amazing teams:

There’s so much that goes into building excellent (and satisfied!) teams, but these three areas of focus will set you on the right path to apply all the knowledge you’ve built (or read) as you transition to a digital-first world. Let’s go!

What is the focus of your work these days?

I'm a senior dev lead at Shopify and I have the pleasure of leading a group focused on two main problems. One is around how we extend the system of Shopify to allow for different kinds of data customization and flexibility, which is a very fun and deep space. And the other half is focused on a new product that we're hoping to bring to market in the next six months around content, storytelling, and visual storytelling through rich media and 3D.

What would you say is the motivation behind your talk?

I used to be really against being a remote worker. I actively avoided it and fought against being at any company that was remote for my entire career. And then the pandemic happened. Shopify went all remote and I saw what it unlocked and I experienced that. And so I want to share some of that perspective for people that are maybe a bit on the fence. Similarly, share a lot of the painful lessons learned over the last couple of years I’d love to share so folks can get to a good place faster.

How would you describe the persona and level of your target audience?

I think there's stuff in here that applies to anyone, but it definitely is aimed at leaders, whether they're people leaders or technical leaders. People who have influence within their team. I think there's a lot of stuff that those people are best positioned to do in this transition. But that said, I've had several people on my teams over the last year (including junior developers) that have played a pivotal role in making the transition good.

And you've touched on this a little bit before, but what is it that you like this persona to walk away with after seeing your presentation? 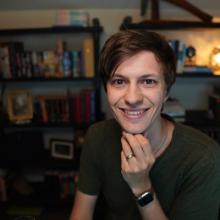 "Before & After": Hybrid Work Strategies

Slides are not available

Being a technical- or people leader in a hybrid work environment can be extra challenging: While on paper, it may look like hybrid work combines the “best of both [remote and co-located] worlds”, the reality often looks drastically different: 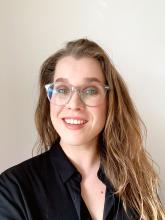 One of the most difficult challenges to overcome in a hybrid or remote work environment is the lack of social connection between team members—and worse, the often insufficient time that managers spend individually with their reports. 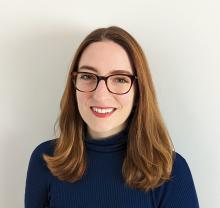 The Future of Work: How Flexibility Unlocks Potential for People and Organizations

The last two years created a massive discontinuity in how we work, and now the debate rages: are we going back to the way things were, or investing to move forward? 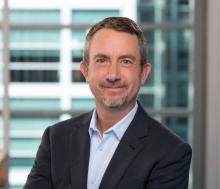 The Future of Work: How Flexibility Unlocks Potential for People and Organizations